Where do you start a story starring a snake…  Let’s see.  Um, my son walks into the back yard and comes back in, seemingly normal.  This is my son who is now 8.  He was 7 at the time.  He freaks out about a lot of little things, every little thing some days.  Everything he feels in life is a 10, no 8’s.  5’s are for sissies.  And well, anything under that, is just not alive. 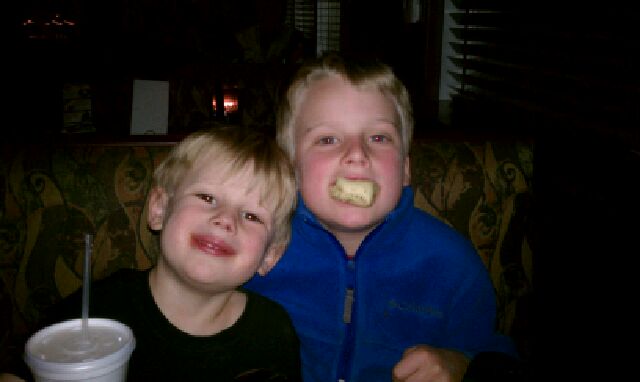 But this is not the first time my son had told me this in the last month, only to find there were no snakes.  I warned him of the dangers of “crying wolf” without the wolf story part.  It was something like, “Seriously, son.  You actually SAW a snake or you are worried that there might be a snake?  Because those are two different things.”  My husband dryly added another wise little quip from nearby as he was on my wavelength here.

My son responded, “Mom, I almost stepped on it.”

“Okay, seriously (yes, I use that word a lot.) you can’t just come in here and say that all the time.  When you actually DO see one, I won’t believe you.”

“Mom, there REALLY IS a snake.”

I looked at him incredulously and figured I better take the plunge.  I walked out behind the house, next to the trampoline and not quite to the garden.  And the little shaking sound of a rattlesnake shook my insides like a large band of big huge bongo drums.  The snake was real.  It was a real snake.  Real snake.  And my son began to re-enact how he had walked on the landscaping near the snake… and almost stepped on it.

I quit breathing for a second.  It was a long second that was more than a second.  I don’t know if I said anything or started talking incessantly, but the next thing I heard was my son explaining to me that he was sorry he hadn’t backed up slowly like I had instructed.  He had turn around and run inside.  Without much explanation, I forgave him quickly.  I sent him again inside.   Run, please.

I am not scared of snakes.  I have killed rattlesnakes before, with my bare teeth.  Okay, I didn’t kill them with my bare teeth.  And mostly, my husband has figured out a way to kill them, while I take small movies from a few tiers of landscaping up from him.  And I interject, “Be careful, honey,” because I’m a loving wife.  And I say, “Oh sweetie, don’t stand in front of the camera,” because I’m a wonderful movie taker-er.  So technically, I have been part of snake killings before.  And the idea of my small child being bitten by the animal was more than I could bear.  And so, we killed the snake.

Recap?  My son walked in my back yard and almost stepped on a rattlesnake.  Rattlesnakes have kill small children.  He didn’t lick lead paint.  He didn’t fall off a slide at school.  He didn’t carelessly walk near a moving car and get his foot caught.  He had walked into our very safe back yard, with the plastic swing set and the 15 foot pool fence and the privacy fences no one could crawl over, even if they were Olympians.

And I, right nearby, had questioned the validity of his words.  Okay, I’d heard Peter cry “wolf” many times, but… even the safest seeming moment… the wisest of choices, the scanning of the yard for a month before I let the kids play again…  none of it had made my worst fear NOT HAPPEN.  And the good news was that he was alive and well and wiser.

I know Annie Oakley problem hung with rattlesnakes and bears and shit…  But we live in suburbia.  We live in a world of fear and over-protection.  Here’s the bitch of it.  There are no guarantees that our kids will live in a perfectly safe world.  And they’ll still be ok for it many a time.  And it will still scare us.  And we will still always remember it.  It happened a year ago, and I was JUST able to pen it.  I was traumatized, for a long time.

What’s the last line then?  Don’t let your kids step on rattlesnakes.  Where’s my damn martini?