I had a couple training classes at work Thursday.  I always feel alive when I get to go downtown and say, “I’m at work” when people call me on my cell.  It’s like I’m a big girl again.  (Yes, I’ve written that lead-in before and I will again.)  And today was one of those few days I am able to go to training.  So weeks before I make sure my husband is able to play Super Dad that day and take the kids around. 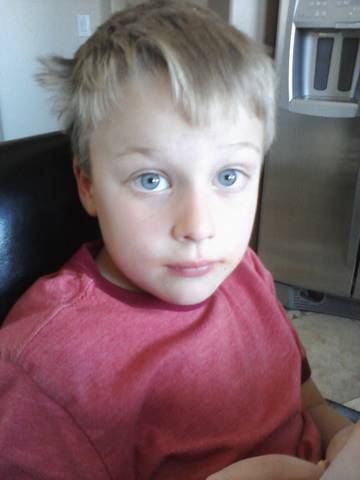 has handled ALL the rides for the kids that day.  And this morning while I was bustling about with hairspray, heels and cute underwear on, I whizzed about, making sure lunches were in bags before I ran out the door to the sanctuary that is my empty car with the radio on.

My husband asked quickly for a rundown of the days’ activities.  So I scanned my memory bank for the times and places today would warrant his involvement.

In the afternoon, pick up Son #2 and no carpool buddy at 3:00, followed by picking up Son #1 with different carpool buddy after 3:40 but no later than 3:50.  Here are the placards to stand in line.  And here’s the gate code for Son #2’s carpool buddy’s neighborhood.

He looked at me and said, “Don’t worry.  I’ll be the taxi service today.”  There was a sarcastic tone.  And this sick little piece of satisfaction welled up inside me.  Day 2 in the last 8 years of his long running status as “taxi driver” had elicited this response already.  Wonder how hard day number 7,500,344,222 would kick him in the big kahunas.  (that spell checked, and I refuse to change it.)

I looked at him sharply and replied, “You realize I do this every day, right?”  And I wasn’t even mad.  I was relishing that before I had even left he was already flustered at the list before him.  And he hadn’t packed lunches, packed homework from the night before or performed any other such mumbo jumbo.

He knew it was out of line, and I like that about the man.  He’s not afraid to say it even if he shouldn’t.  “Yes, but you have a better temperament for all this.”

And I smiled at him.  I was thrilled he had already admitted defeat.  I know, it sounds mean, but I was de freaking lighted!  I pushed my cute work bangs from my brow and threw him another glance and wondered if he had just said that to make me feel better about leaving for the day while he sat and watched ESPN.  And then I realized I didn’t care.  I got to go to WORK!  I got to go to lunch with a friend I adore, and no one would be able to reach me.  (By that I mean I would ignore any texts or calls from family.)

I got to work early, and I texted him to say I was early, causing that’s mildly interesting–only because I never get to say that to him.  He texted me back, “trade ya”.  More delight.  It wasn’t an easy day.  I was glad they were making him work.  I hate when I return home from anything, and he says, “They were GREAT tonight.  No problems getting ready for bed or anything.  They were both great!”  And I want to kick him or the kids or both of them.

I had the best day, work, lunch, work, glass of wine with friend I adore and a long ride home from work where I chatted with my cousin and sang my favorite hip hop songs on the radio.  I felt like a million bucks.

And when I returned home to homework and arguing, I was delighted again.  Why?  Because life was as I knew it.  The novelty was starting to wear off “daddy’s home, how fun!”  I would be justified again in my position that I was not the only problem in our home.  My husband said, “They’ve been fighting since 3 seconds after they got in the car from school.”  Couldn’t muster any shock in response.  “And our big man held up the line at school for 15 minutes while he got into the car.”

Wow, my life is boring when I tell my husband that stuff when he gets home from work.  I know it.  But he puts up with it because he’s wonderful.  And today it wasn’t boring to me.  I wanted to know every grisly detail.  I wanted to hear that everything went wrong.  Of course it didn’t.  But the days of daddy just being the fun one were over.  Mommy didn’t suck so much after all.