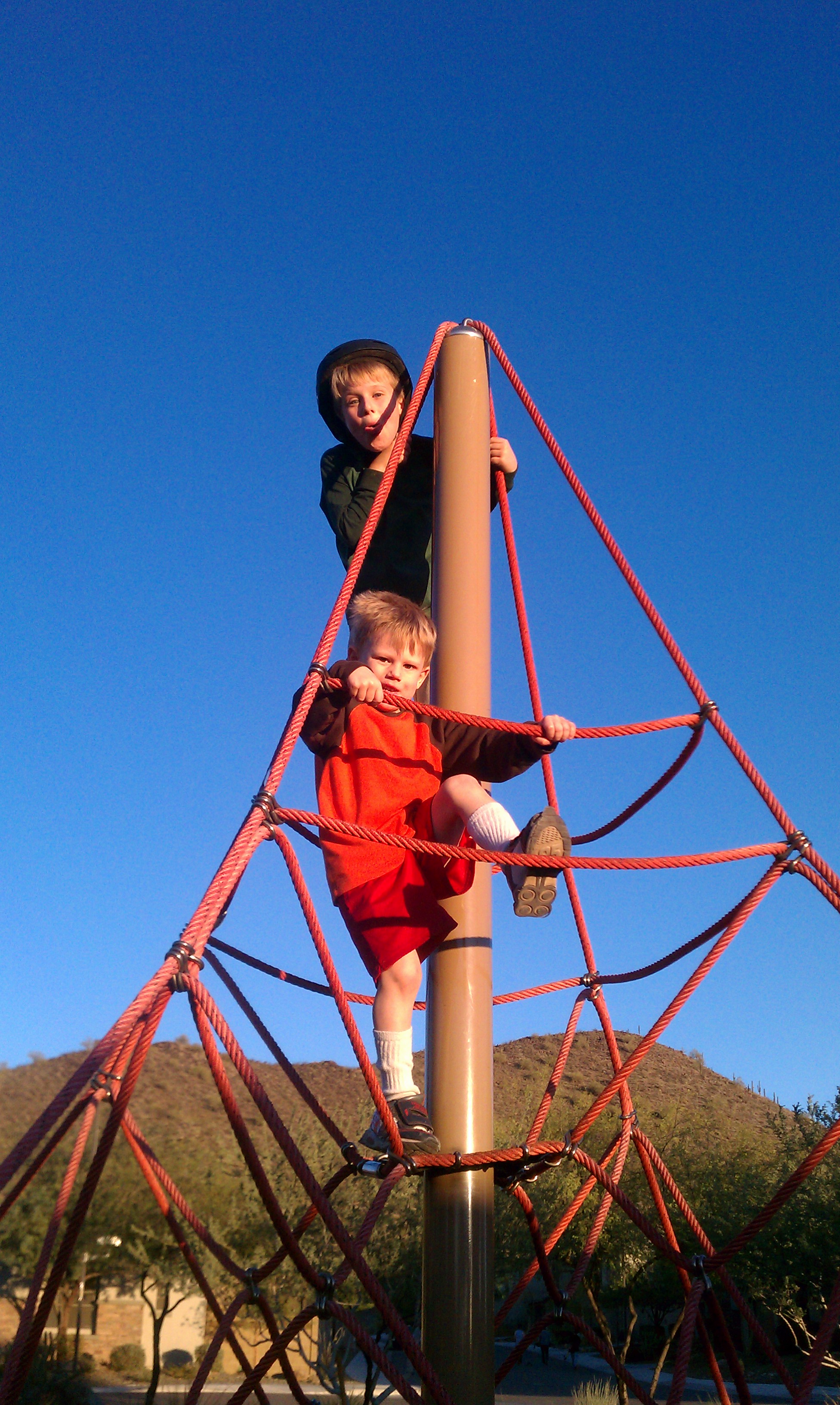 I met a lady who was from my home state.  We began talking at a t-ball game for our little boys.  Our oldest children found each other too, amongst the myriad children to play with during the games.

It seemed obvious to me that we needed to get together.  It was too obvious that we had to let the kids play and definitely chat ourselves.  We set up a play date.  The kids played in the pool while she and I chatted like old friends.  We shared layers of our lives as we do with people we meet, choosing different levels to dig to.  I began to share a little about mac-n-cheesemartinis.com.  My hope and dream was to reach women who felt like failures as domestic goddesses and needed to know they were not alone.  I wanted to reach women and men who found parenting to be the hardest thing in the world and wanted to throw little poisoned darts at the moms who sat and talked about how many ounces of avocado they fed their kids each day.  I wanted other imperfect moms to know that there were moms (uh, me), who wanted to package up all the perfect moms in the world and ship them to the places where the zoo animals had been shipped from.  There had to be extra space there.  And part of it was the utter frustration of feeling like a failure, but there was a part that was sad, lonely, ecstatic, spoiled, and hugely perfectionist.

Many moms needed to know that the fake smiles and fabulous mommy stories that seemed ludicrous, were not always honest.  That didn’t mean parenting sucked.  It just meant that maybe it was ok to admit all the bad stuff, laugh about it and maybe become better for it.  I hoped I could become better by sharing and hearing other moms tell the truth.  And when I told this new friend my vision, she began to share her own story.  She had felt the same way when she had attended moms clubs and play groups through this and that organization, meant to unite and connect mothers, who had historically felt isolated.  I was happy to hear this because I had just made my website a reality, and I wondered if I was crazy.  I thought this shared view was why I needed to hear her story.  She felt the very drive behind my vision.  I wasn’t crazy but dead on.  People did feel this way.  And then she shared her vision, a website for women who have struggled with far deeper demons than insecurity or inferiority in their new roles.  I was intrigued, and I asked her if I could interview her, like a serious interview.  I really wanted to think through questions and tape it so I could go back and absorb it all again.  She said yes, and we sat down one evening without the kids and made a horribly homemade version of an interview, my first interview.

I listened to her story with every fiber of my being as she shared her marriage, her divorce, the quick succession of births and miscarriages that made her beautiful family what it was.  And she began to share about her depression, anxiety, loneliness and finally an attempt to take her own life.  She said to me that she understood what Andrea Yates had gone through in a sense.  My friend had never touched her children to hurt them.  She did say, though– what most people don’t understand is that at that moment she was trying to take her own life, she actually felt like her family, her children would be better off without her.  I watched her share her story openly and a little nervously.  She said if she could help just one woman, it would make all her suffering worthwhile.  If just one woman could have a place to go for help when she felt that desperate, she wanted to create that place.  As a mom, she had felt insecure at the gatherings of mommies and their bragging.  She felt every place she had gone to for help had failed her.  And she was failing as a mom and wife.  She felt herself losing the battle to survive.  I was moved by the immensity of her story, by the depth of the pain, but I was most moved that I had met her at a t-ball game.

Of all the moms she was my favorite because she would yell across the playground for her daughter to quit crawling on top of the set in almost the same words I yell to my son—for the same infraction.  I liked her because she would show up and sit there without make-up on and chat with the same fervor as the days she showed up dressed beautifully.  She was so easy to talk to, so real, so in touch with her children.  I loved the way she spoke to her daughters and the way they seemed to trust her.  I was moved because I understood that at the bottom of my own silly insecurities was a deeper place.  And moms that looked and seemed just like me had been there.  More importantly, these moms didn’t feel they had a place to go when they wanted to quit being the bad mom they thought themselves to be.  It made me hurt from the inside out.  I felt this desperate cry inside me.  I can’t save the world, but I wanted to save any mom who had felt that type of sadness.  I wanted to yell to all the moms I had ever met…  “If you are at the end of your existence in your mind, please don’t do it!  I will do what I can to help!”  I don’t know how to help.  This dear woman had survived her own suicide, seen herself in the proverbial mirror and knew that she had reached the end.  She had to search further, farther, better for the answer, before she destroyed her family any further.  She had possibly made things worse. She had to help herself.  She had to find her own strength.  And she had to continue to be a mother to her children, a better mother, a stronger mother, a present mother.

Several years, much counseling and many lifestyle changes later, she sat before me whole.  But there was a time when post-partum depression was taking charge of her emotions.  Doctors didn’t know how to help her.  Hospitals “tagged” her as a “risk”, but still no one was able to pin down or “change” her.  And now she was not only able to talk about.  She wanted  to talk about it.  There was nothing remotely seeking attention or bordering on the ridiculous.  She was sitting there bare, with her heart on her sleeve, her story that most would hide dangerously away, never able to deal with or quell completely.  The way she looked her past in the face, shook its hand and said ‘good-bye’ was inspirational to me.

And then my own moment of truth struck.  I realized sitting there, that I had met someone that reminded me of my own mother many years ago.  I was sitting there in front of a camera, interviewing a woman who explained moments in my own childhood to some extent.  I hadn’t thought about all that in years.  I remembered my own mom opening the car door on the highway, trying to jump out, while we drove home with our family.  I remember my dad trying to grab her clothes across the car to keep her from jumping. The things we forget.  The things we remember.

My friend told me the only regret she had was that her oldest daughter had seen too much.  It wasn’t her daughter’s fault.  She deserved better than that.  My friend said she walks her daughter through the memories if she needs to talk, but she is afraid her daughter will never forget some dark moments.  There it was.  It was as if I was talking to my mom, and I was the oldest daughter who had seen too much.  I looked her in the eyes and told her that the worst thing my mom did was to never change.  There was never a moment in our lives that we wouldn’t have forgiven anything and told her she was the best mom ever.  She was our mom.  We wanted her to be happy.  I told my friend what she had accomplished already, making a change in her own life, was the best thing she could ever do.  My friend said she needed to hear that.  We both had tears in our eyes.  I needed to hear what she said too.

My friend loved her children more than anything in her life.  And although she didn’t show it well, my mom loved us that much too.  She felt like she couldn’t control herself at times and the words resounded in my head again.  She actually felt like her family would have been better off without her.  I saw my mother young again.  I remembered her crying and rocking on the floor.  I knew she had felt that way too.  I thought for a moment she might even have said those exact words.  I forgave my mom years ago because she’s my mom.  I forgave myself years ago too, because I didn’t want to end up letting my hatred and anger turn into a repeat act of my mother’s.  I wanted to be different.  I am different, but I felt like I had just sat and listened to something my mother might have said if she was able to find her way out of her own darkness.  I felt like maybe I had seen my mother in a different way, as if I was her friend instead of her daughter.  I felt a calm and a peace.  The reason this woman had intrigued me was her story, the way she was scared and brave and had most importantly, made a change in her life.  What happened was the magic that sometimes happens in life and not very often.  We had unintentionally healed a wound in the other.  We had accidentally stepped upon some overlapping wrinkle in the universe where we spoke to the person in our lives we most needed to understand in a different way.

I realized that if nothing else ever came of my vision for mac-n-cheesemartinis, this would have made it all worthwhile.  I felt the magic that is sharing and healing and moving on.  I saw that my life had been its own struggle to be more than perfect in order not to near my mother’s flaws.  I let my shoulders fall a little.  I breathed a little more air with each breath.  And I pray still that this beautiful woman’s story touches more than one life.  I pray that her darkness and light are able to heal more wounds, and I pray that her strength inspires others to ask for help, to love themselves again and to find the second chance to be the parents they deserve to be.  And I realize her dream had came true too.  She had changed my life that day.  She had helped just one woman and maybe two.  I love you, mom.