My oldest son loves to take walks.  When he was itty bitty, we probably took three walks a day, most days.  And he still loves walks.  He would take one every single day, three times a day still.  But as luck would strike, his little brother thinks walks are for lesser creatures than he.  He whines like a dying cat whenever he is asked to take a walk with us. 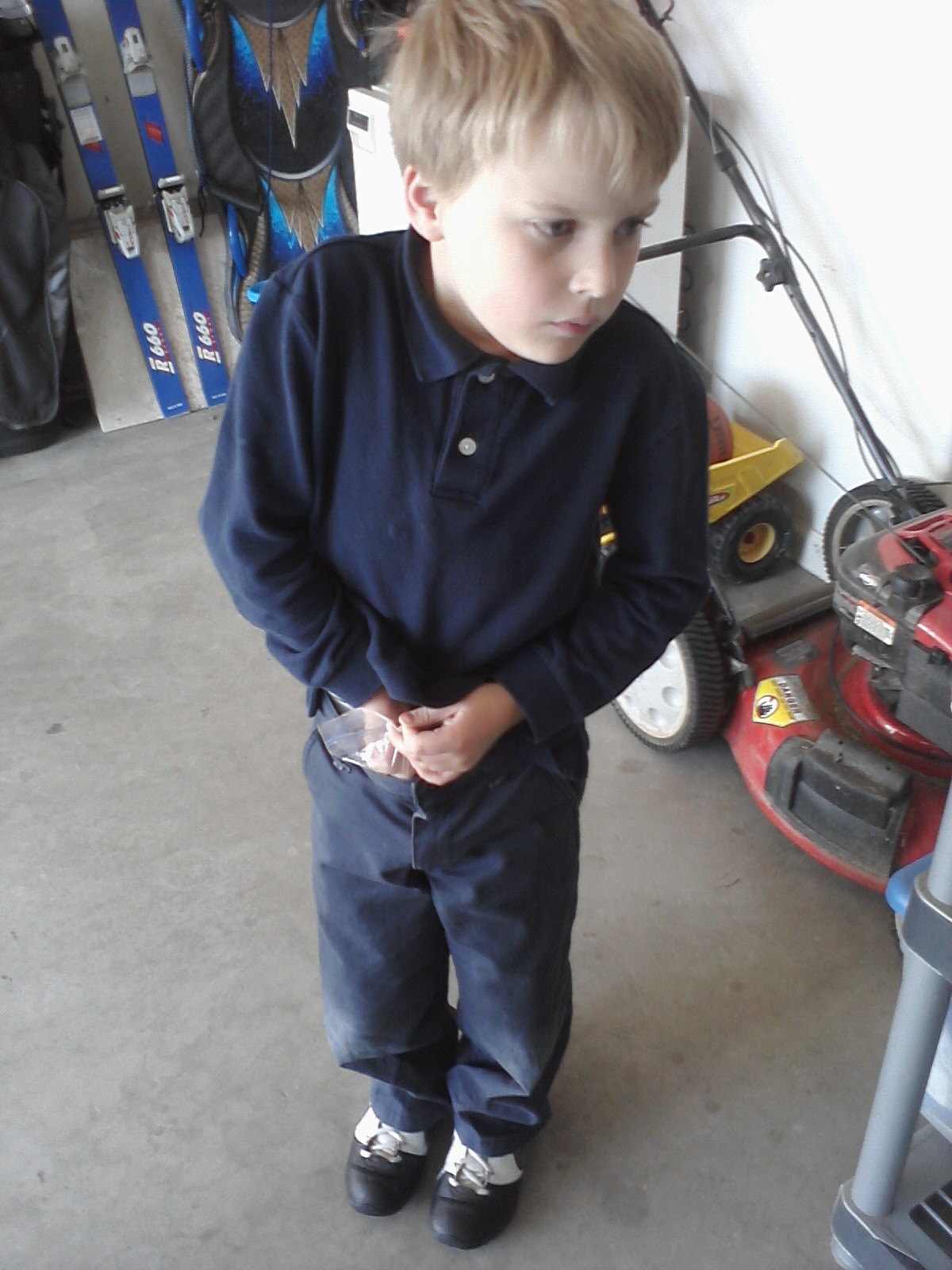 And we have been known to give up a walk at the thought of carrying him or hearing his whining for the length of the walk.  And as luck would kick us again, my oldest will not take a walk without the youngest, who—well, you see how taking a walk would incite Tourette’s.

Me: “Honey, we are going to take a walk and then we’ll do something you’d like.  You can’t stay home by yourself.”

Oldest: “Please can we take a walk?!”  AND then I say, “OK, I’ll just take you, bud, when dad gets home. Your brother doesn’t want to go”

Oldest: “But I want him to come!  Come on, brother!” Second child begins to whine.

And then my oldest begins whining at my youngest, who is already whining, looking pathetic and exhausted until the subject of walking is tabled.  At which point my youngest bounces up to do something else that uses just as much energy as walking but is not, in fact, taking a walk.

And so my oldest son decided to buy a wagon with his own money, just so that his little brother would not balk at the idea of the tortuous type of exercising that going on a walk inflicts on him.  In fact, he can take his little brother, a drink, several toys and stuffed animals in the wagon, to make “walking” a pleasurable activity for his younger brother and himself.  This also allows for my youngest to go on a walk while exerting no energy on, well, walking (or whining or trying to look too tired to walk).  It’s a ridiculous state of affairs, but sometimes, we (as parents) learn to let these things go because our children have worked something out on their own, and the merit or fairness of said solution doesn’t seem important as long as everyone has accepted their position quietly and with a smile.

So this very afternoon we made sure to put my youngest in the wagon and I gave both boys a handful of snacks.  At least I remembered giving out snacks.  But I didn’t see my oldest’s snack.  And with no great concern, I asked my oldest where his snack was, as we organized in the garage.  I didn’t see it in his hand.

And with no great concern, he showed me…  it was in his pants.  I watched him reach into the front of his pants, dig down nonchalantly and pull out a couple crackers and put them in his mouth.  Oh, good, there’s your snack.

Yep, he had put his snack in a baggie in his pants, so he could eat it along the walk.  Yep, yep, yep.  Bet you thought this story was about exhausting circular arguments concerning walks.  Nope, it’s about a snack in my son’s pants.  It’s about how when you think you’re talking about one thing with your kids, sometimes it quickly turns into something else, something you never expected, something sometimes disgusting, inappropriate, and quite hilarious.  I went down the checklist.

*not really that unsanitary in a bag

*needs to be on camera

So I got the camera, like any good parent.  I tried to act like it was no big deal, but he may have seen through it.  And like any good savant, I tried to dig a good lesson from the rubble of my once sane life.

When we really want something badly enough, we CAN find a way to have it.  Not only did my 8 year old conquer the blockades in his way to take a walk whenever he’d like-by pulling his sibling up and down large hills in a wagon.  He has found a way to eat his snack without giving up his walk time.  If he has no hands to hold a snack, he finds a comfortable and convenient place to put it- where it can be reached easily and naturally.

The lesson to be learned is that there is always a way to do something if you want it badly enough.  Right now, I want a nap and a vacation.  And here to inspire is, of course, the parable of the snack in his pants.