Yep, That Was The Moment

As you might already know, I am a huge fan of defining moments.  I am always watching and listening closely to moments in my life when decisions have been made with or without my participation.  And today was one of those defining moments.  I had been having those slightly psychotic episodes where I am deliciously happy for my oldest son to go back to school and then deliriously sad when I think of him being gone all day.  I feel that is part of the whole mommy deal somehow, but I hadn’t settled on a pure response to “going back to school.”

Well, yesterday the moment hit.  I knew.  It was time for him to go back to school.  And whether or not I would miss him, it had to be done.  I couldn’t take one more fantastic invention, argument or confusing communication moment. 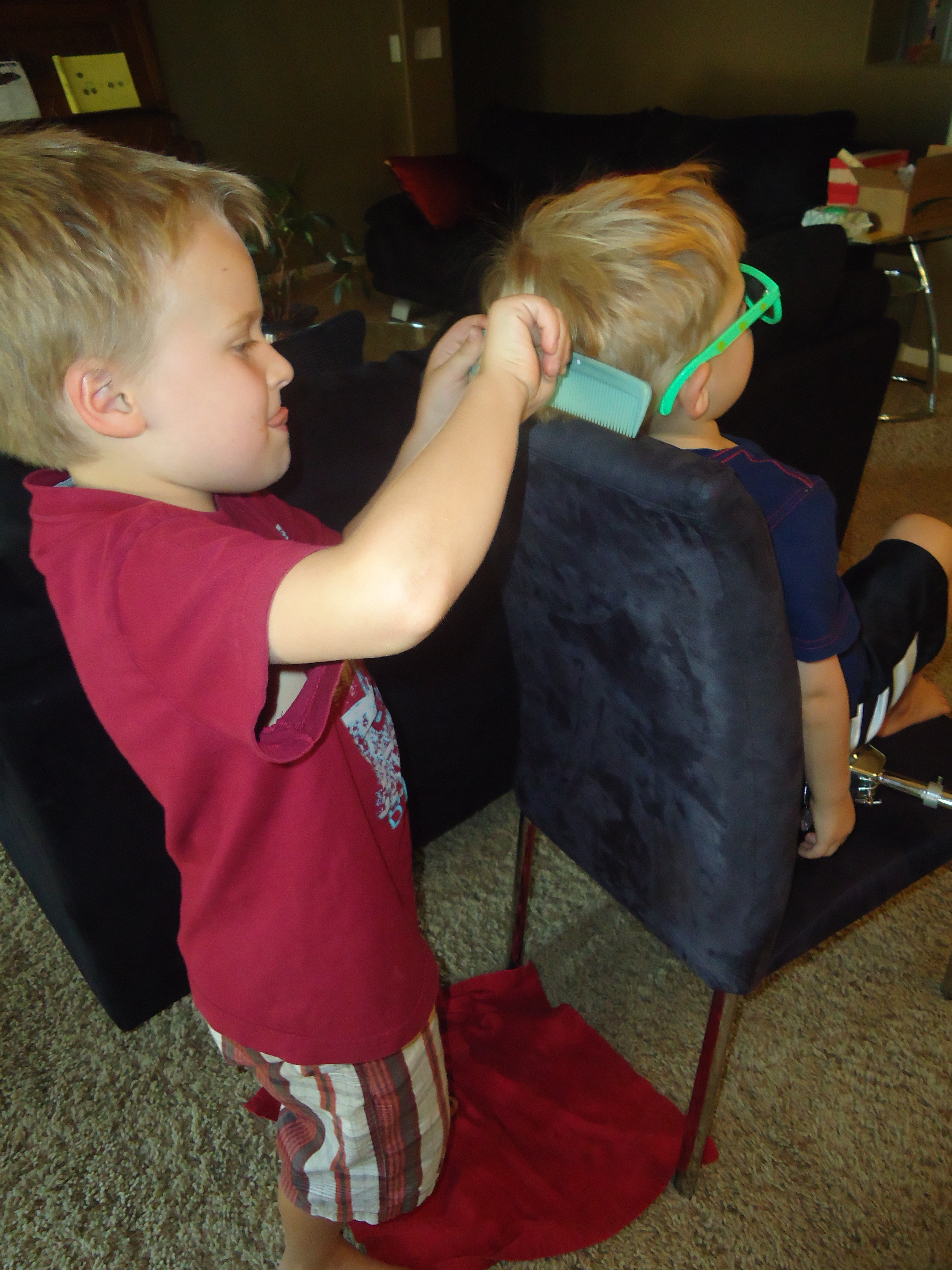 I’m standing in Wal-Mart, where after 32 minutes of reminding my 7 year old to follow me with the shopping cart he insisted on pushing, filled with cheap goodies for my family to eat, toiletries, and my second smaller child– I will either eat his left ear in frustration, or I will take charge of the shopping cart and take on the ensuing argument.  It was partially a mistake.  He was pissed.  He tried yelling and arguing and making my immediate life hell, but I couldn’t back down.  I was losing steam on my shopping list and it was taking 20 times longer than it should to pick an item with all the management he was taking with the damn cart.  I don’t back down.  I tell him he can push the cart next time we go to the store but not right now.  And because he does not back down easily, with very few exceptions, he finally allowed himself to be peeled from the cart and decided to start hiding from me. I wasn’t sure it was the worst thing in the world.  So I tried to keep an eye on him keeping an eye on me while he bounced a row or two behind me, with a gleaming smile on his face.  I turned about once, reminding him to stay close enough he won’t lose me.  But I understand this as his act of defiance to my previous decision and honestly, I was willing to let the game continue as long as he stayed close enough to know where I am.

And like most things that start out with good intentions…  as the store filled with more and more people as most Wal-Mart’s do at any time of the day, I realized I had lost my covert spy.  And yes, I began to panic, like the time I lost him in the mall at 9 months or at Sea World at 5 or one of the other many times that I have lost this child.  I try to stay fairly calm and start cursing quietly, not under my breath, but much more over my breath.  I began muttering, “Where in the hell is your brother?  Seriously, what am I going to do?”  And then I realize my 4 year old is responding, and I say with a false smile, “Well, I’m sure we’ll find him, but where the hell is he?”  I walked back through the aisles I’d been down, while apparently he was walking down the checkout stand area (I found out later.)  He had decided it took me too long and started scanning the checkout stands again.  Meanwhile, I have turned into one of those muttering insane people, and I’m oddly aware that people are probably staring at me while I say over and over, “What am I going to do?  Do you see your brother, baby?”  And my 4 year old kept sweetly answering no.  But I didn’t care.  I became locked in, and I knew my son was nowhere near me.

With a large sigh, I try to think through the worst case scenario and how he would never leave with another person because that child can yell.  I would know—right?  So I went through the checkout with my entire body clenched, muttering and searching the stands around me for signs of my little boy.  Nothing.  I park outside the checkout stand with my 4 year old and my muttering has turned into, “I’m going to kill your brother.  I can’t believe he just took off like that.”  See, proof I’m not insane.  My chanting changes slightly.  And I just stood there, with sight open to both exits of the largest store in the universe with approximately the population of any small town, buzzing about busily shopping for the best deals in the universe.

And just when I am ready to call the Amber Alert (a good 20 minutes after initial disengagement), my smirking little spy comes around the corner, eyes gleaming, body slightly crouched, as if he’d just stepped from the jungle, and about ready to burst from laughter.  I look back at him , stuck between anger and utter relief, pale, frightened and not sure if I need to continue any negative emotions now that he is safe.  It took him a few moments to actually get to me, and the ensuing conversation was clearly well thought out on his end.  He had thought through how to find me and he did.  I told him I was so scared, and I didn’t know what to say.  I told him even if he was okay, he could not run off like that.  He hadn’t meant to.  I clenched my fists and starting walking out of the store, all my children in tow.  My mind was trying to wean itself of the time release adrenaline it had started feeding me.  Do I give him a long-winded “wow, mom talks a lot” speech, or do I move on with my day?

I stopped the cart halfway to the car, pulled him to me and squeezed him really tightly.  I spoke really quietly, as I rarely do and said, “You really scared me, baby.  I didn’t know where you were.  What if something happened to you?”  And he squeezed me back.  I wanted to cry, and I didn’t.  I pushed the cart to the car and continued on my way.  But what I did realize is that—that was the moment.  He needed to go back to school—with uniforms and rigid rules and no way to sneak out of a classroom.  He needed to have lots of homework and “didn’t have a great day” notes coming home.  Someone else who knew how to keep lively children in line and didn’t struggle with how far to let their child roam during a simple shopping trip needed to be in charge for a couple months while I recovered.  I needed to have days full of decisions about something other than what lecture to give and which one to skip.  I needed to have a quiet lunch, with a pitcher of martinis and a book about romance or the stock market.  I needed to be in charge of no one but myself for more than the hours that I sleep.  Yep, that was the moment.  It’s time for school.

The Importance of Video Games