When You Wake Up… 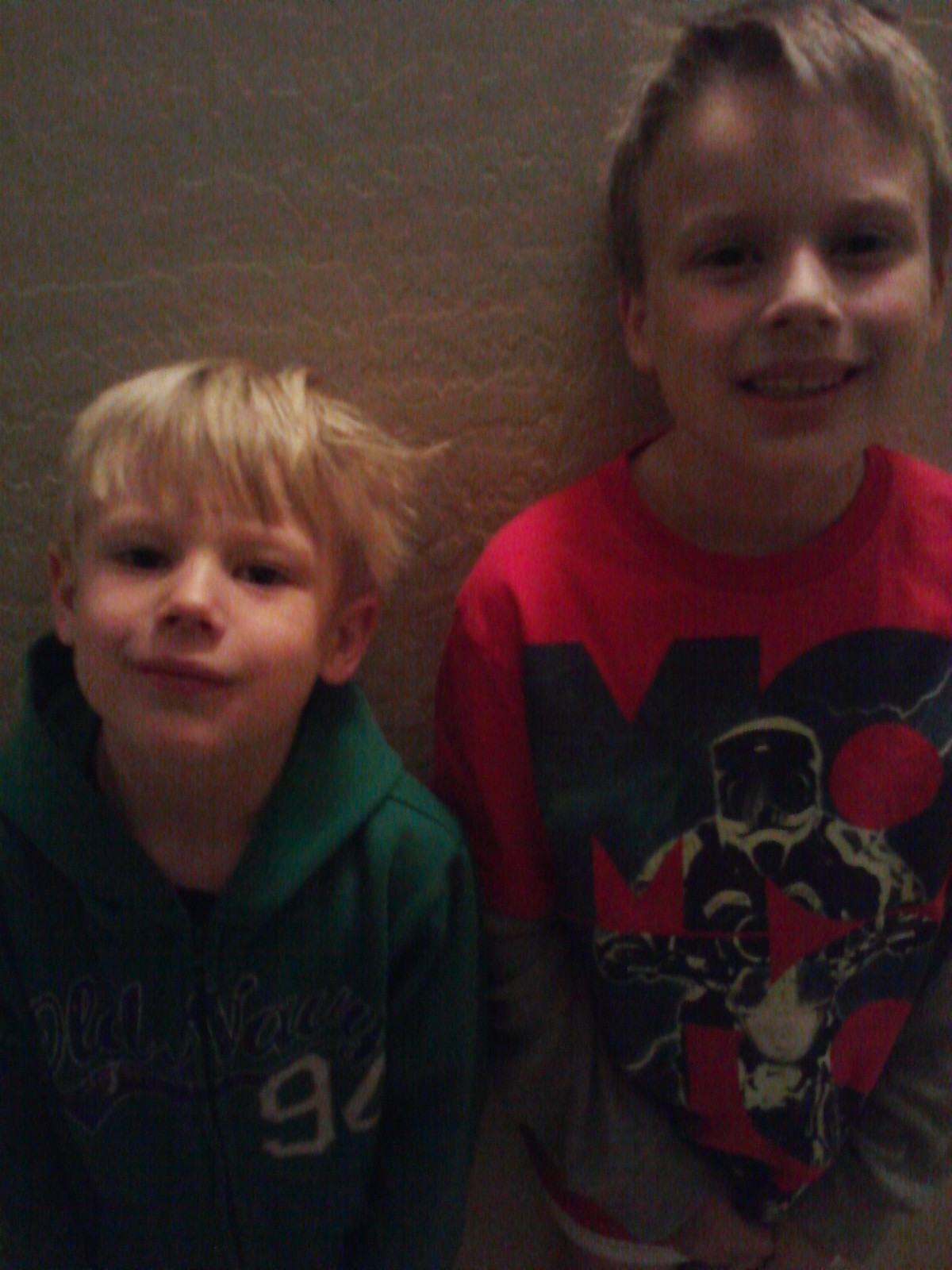 My kids get up early in the morning, every morning.  Every since my Mack was a baby, he would never sleep past 4:30 AM, 5:30 now.  Well, need I mention, THAT BLOWS!  Seriously, I am a night owl, and 4:30 AM comes much too close to 12:30 AM, when I like to go to bed.  In fact, it’s so close that it doesn’t qualify as a good night’s sleep, let alone a nap.  So we got him a cat when he was 4.  He would wake up with the cat for entertainment, and we would sleep eyes half-open for an extra hour in the mornings just in case he tried anything creative.  And he usually did.  But the cat died 4 months later.  Damn that cat!  The vet couldn’t figure out why he’d died, but I knew.  He’d been waking up too early for 4 months.  Luckily, my constitution is much stronger.  I’ve lasted 9 years now without the appropriate amount of sleep.

I woke up at 6:30AM yesterday to find my two children in the family room.  They are yelling about whose turn it is to pick the media of their choice.  Mack is trying to wrap up an hour of Tom and Jerry, and Zoom is trying to get the Wii out for his tenth game of whack a mole or whatever.   And I am done.  They are both bleary-eyed, and Zoom mentions that he got to see dad leave at 5AM.  Freaking seriously?  Why is sleep wasted on children???  Why must I not get the appropriate sleep, but my kids can’t wait to get up at 5?  Game over.

After being unable to adequately stop the fight and lower the level of angst in the room, I calmly walked to the TV and turned it off.  Then I picked up the Wii, put it away and told the children to come to the kitchen to eat.  They unwillingly gave up their places in the family room and followed me into the kitchen, still trying to get the last word on the sharing of media incident.  And I told them both to listen very carefully because I was going to explain how mornings would go from here on out.  I looked deeply into their tired, tired eyes with my tired, bitter eyes and spoke quietly and earnestly so they would have to listen harder.

“IF you wake up before 5AM, you will go back to your bed.  You will not come out of your rooms until AFTER 6AM in the morning.  I don’t care if you’re bored or can’t find something to do.  You will lay in bed and stare at the ceiling then.  You will count your fingers until you are sure you have the quantity correct.  You will clean the lint from between your toes, but you will do it quietly and IN your appropriate rooms.  To clarify, you will not be in anyone’s room but your own.

“Secondly, you will not get up and watch TV or play Wii from here on out.  If you find yourself up in the morning AFTER the clock reads 6:01 or later, you may get up and get ready.  That means eat your breakfast, brush your teeth and pack your bags for school.  IF at some point you find you are ready for your day early, you may sit and watch TV or play Wii.  But that seems unlikely as the special hour and a half we have set aside every morning for getting ready is never enough.  Therefore, you will just have additional time to get ready in the mornings.  Thank you and have a nice breakfast.”

I turned about and faced the coffee machine; we nodded to each other knowingly.  I had done a great job handling that little round, maybe.  But who was going to get up to enforce any of that shit I just spouted?  Uh, not me.  Hopefully, I looked mean.

Now try to imagine me the very next morning.  It’s 6:30 and I hear my alarm go off.  I wake confused and unsure because there are no voices.  I walk down the hallway.  And alas, there are closed doors and sleeping children behind the closed doors.  I had to open them and look and look.  It was real!  I jumped.  I giggled.  I clumsily did some move I learned in ballet when I twelve years old.  I walked into the kitchen, winked at my coffee machine and realized sometimes that saying is true…  “The best is yet to come.”  Yes, I believe it is.