The Importance of Video Games

So I recently was part of a hard lesson in why TV is so important to our children’s development, and I felt it wouldn’t be fair if I didn’t share it with you on this balmy Sunday afternoon.  You’re welcome, as usual.  My spriggets of wisdom are overwhelming, I know.  Are spriggets smaller than or larger than molecules?  Hmmm, either way, throwing one at ya.

I stopped by a friend’s house after I had been training for the day for my new job.  She had watched my kids for the second time that week, and little note, she is a saint.  So I go to pick my kids up and we sit and chat over a glass of Cherry Zero and Ice Tea.  It was lovely to chat, and I was a little frenzied with all sorts of insurance info in my head. 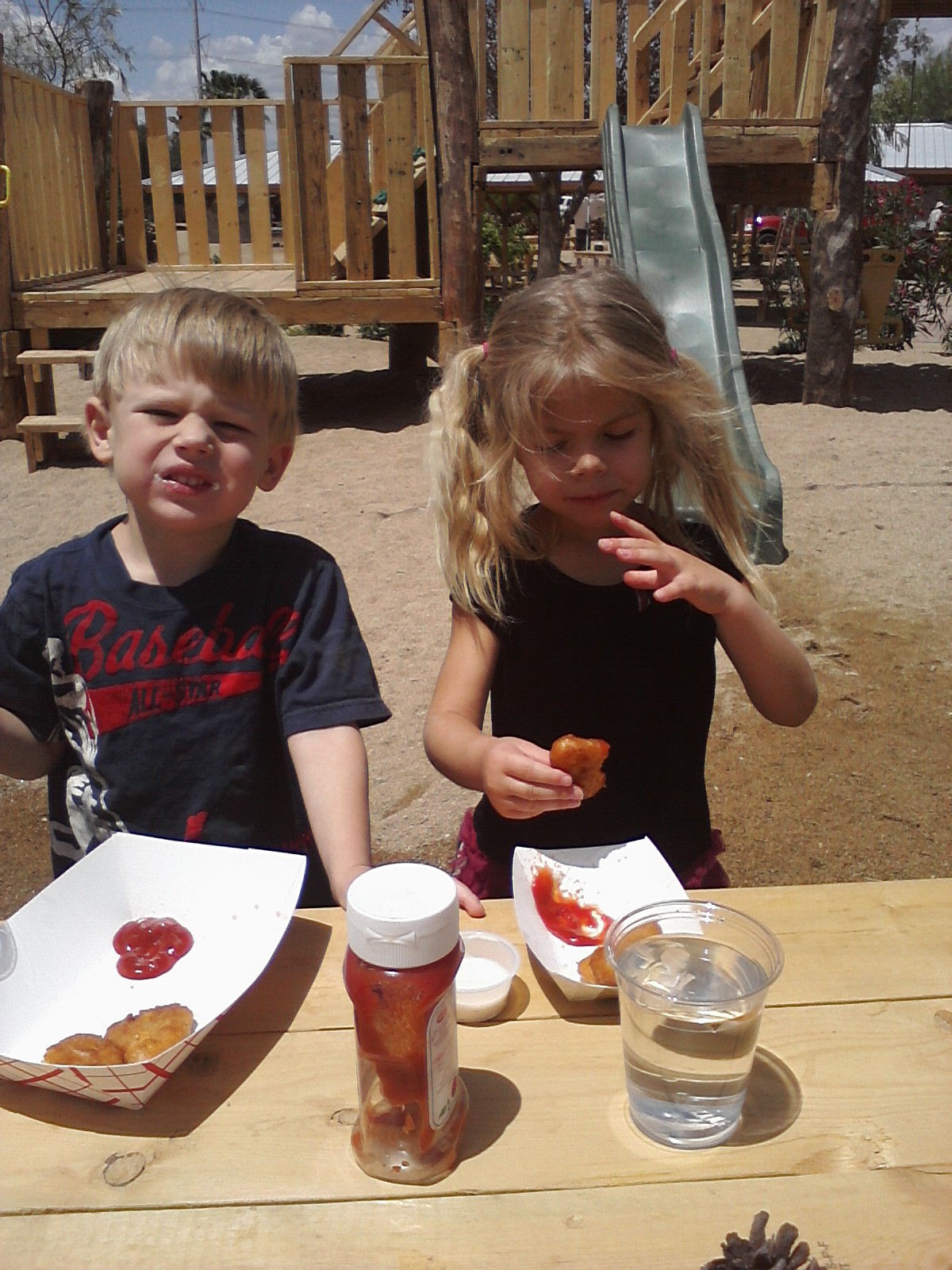 Meanwhile, our four children (two hers and two mine) sat in the nearby family room, playing video games on the TV.  And my four year old was more than happy to be playing video games forever, given we don’t have all that fancy stuff on our large screen TV.  Poor baby, I know.  And my 7 year old, of course, thinks it’s boring and is trying to pry the other 7 year old  from in front of the video game, which was proving to be a challenge.  And like every darling host, my dear friend decides to make it her mission to provide my 7 year old with a playmate, her older daughter.  So after much coercing, my friend decided that video game time would be over as soon as the current game was finished.

Me and friend: sitting quietly chatting at table

So game ends, and the kids are shooshed off to play more creative things, use those brain juices for more social endeavors and enjoy the world that is their play land.  Yah, sounds so like good parenting, right?

And maybe 10 minutes later, my little 4 year old comes around the corner of the kitchen, eyes gleaming and face beaming, with  a myriad of little blue lines on his face, mimicking the look of a very scary blue lion, maybe.  I started to smile, assuming there was a darling game of something slightly illegal but nothing that won’t easily be cleaned from his skin.  And my friend leaps from the table with a squeal.  Now I rarely see my easy-going friend squeal and jump, no matter the infraction…  so I begin to worry.  What did this blue-faced lion give away that I missed?  She couldn’t possibly be worried about the marker on his face, right???

Right in her wake, in the dead spot of wind flowing briskly from my running friend’s back, I fly to the scene also.  And there is a bedroom, filled with Ethan Allen furniture, mirrors, walls, closet doors and little tiny toys, all covered in what appears to be “marker”.  Not just regular marker but dry erase marker.  Now my friend had actually forseen this event in her head before we got there.  I had not.  I was in shock.  My friend mumbles to me, “I’m gonna kill my daughter” to which my 7 year old begins to question whether it was true or not…  over and over with different variations in the question, as if to catch me in a lie.

“Is she really gonna kill someone?”

“No dear, she is just frustrated.”

“Then why did she say she was going to kill our friend.”

“Listen, no one is going to die.  We’ll talk about this later.  Please.  I promise we can break this down once we figure out how to clean the mess up.”

“You’re going to make my brother clean it up, right?  Why are you going to clean it up?  You would make ME clean it up if I did it!!”

And the onslaught begins.

Now I’m not even sure how he heard the “kill phrase”, nor am I sure as to why he took it so literally.  Honestly, I thought it was incidental to the situation, and I too, was going to kill his little brother.  Not only did he draw on the walls, but he did it at a friend’s house, who was doing me a favor.  Are you freaking kidding me?!

I looked up the necessities.  Turns out Mr. Clean sticks clean up almost everything, as well as hairspray, in case you’re wondering.

And I run to the store, while my friend drops a child off at an activity.  We re-converge and begin to clean.  I proceed to clean not just the ink off the wall but I scrub the paint off too.  I am feeling like a large ass.  I apologize profusely, and she says she doesn’t care.  I offer to paint the room for her when she’s ready—not today.  And the scene continued to be frenzied while the kids went back to playing video games, which took no management from the two of us, whilst we scrubbed the room, the furniture, the toys, the walls and wore off the energy that caused to want to be really pissed at those “gamers.”

The ink came off most areas of the room nicely, and we are still friends.  And once we sat down to talk about it a day or two later at my house, after a smart-ass comment from my husband, asking if we needed help keeping track of the kids, my friend says to me, “You know, it was kind of my fault.”

I looked stunned, “What?!  How’s that?”  She went from killing to taking the blame?!  Wow, guilt is a strong medicine!

“I asked them to stop playing video games.”

And it hit me.  There was a truth to be learned.  For all the bad we hear of video games, there was a lot of bad to not playing them too.  There was the cleaning, the extra parenting, the trips to the store for cleaning products, the quiet comments that are questioned and the smart ass comments from the husbands like, “That stuff didn’t happen when we watched the kids.”  It was all too much, really.

“Kids, plant your asses on the couch, don’t talk to each other, don’t be creative, don’t use your brains!  Drool on each other, while we chat out here on couch with our cool beverages!  We’ll call ya later when it’s time for bed.”

P.S.  My only regret is that I thought AFTER cleaning up–that I needed pictures.  Must have been the fumes. So the pic is of the artists in a previous setting…  not as funny, but still…  aren’t they cute?!

Yep, That Was The Moment

Not Funny But True