Okay, there are many, many jobs, many things you never imagine you will do before little chilitos!  That’s smuttish for “kids”.  I’m just saying, we’ve seen more than a million emails, describing the different aspects of our jobs that we are unprepared for.  And in this case, there are things that I have become exceptionally amazing at since I became a mother–that I was blindsided by.  In fact, I think of these things whenever I feel the signs of age overcoming my young and vibrant being.  I can catch like a pro baseball player.  Seriously, I can almost catch upside down and behind my back.  If there is a glass falling within a 30 foot diameter of me, I can literally reach out and grab it

without blinking and still continue the conversation I am having.  If something is flying through the air near my head, I can pull it from its flight path without looking at it.  I’m like a bat.  I can sense trajectories of balls and cars.  I can hear anything my children say from like thirty miles.  It’s as if I can sense in this sick way—exactly what words they have said and not said.  And I dig it!  I might even consider that I have super powers, but I’m much too tired at the end of the day to really try to get my head around the true abilities of my new powers.  So I pretend not to know that I might be able to save the world, etc.  I don’t have time! 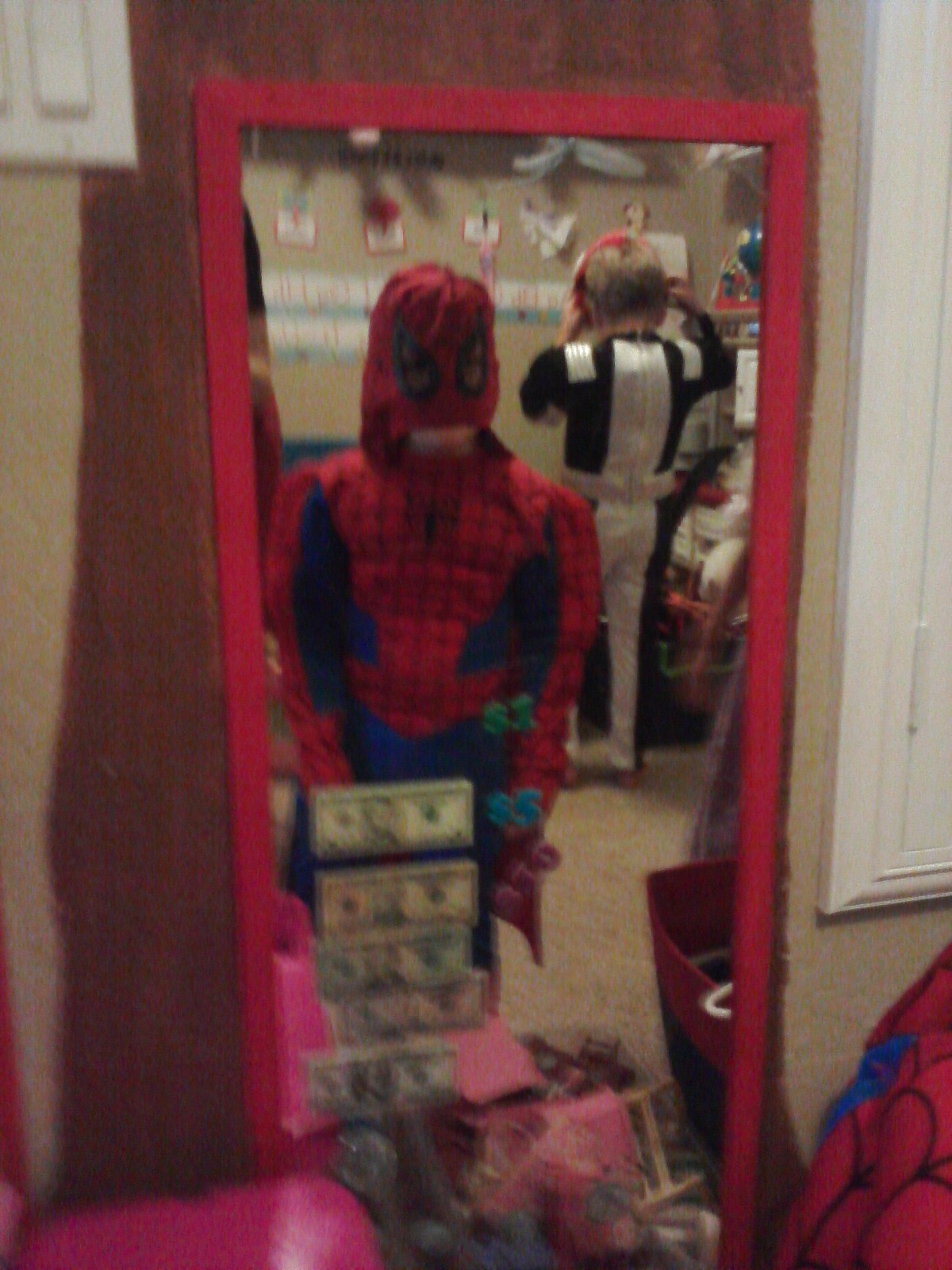 And last night I had this funny vision of myself as my sense of smell was put to the test.  It would not be exaggerating to say that I could smell almost nothing when I was a young single woman.  If you lit a cigarette behind me and lit my hair on fire—I would probably see the fire before I would smell it.  But then one day, almost three years ago, I smelled something musty in my baby’s room.  He was only a little baby.  I knew it smelled like water or mildew.  My husband thought I was crazy as I asked him to smell it one more time.  Turns out after being scoffed at by my husband and the builders of my home, that indeed, the refrigerator had been dripping water for a month.  It was seeping through the wall of my son’s room.  In fact, the carpet was soaked in the far corner.  I wasn’t crazy.  But it was crazy.  No one could smell it but me.  Literally no one could smell it.

And last night as I kissed my four year old, Slugger, good night, I smelled something funny in his room.  It was like burning plastic.  I turned into some sort of K-9 unit, all by my lonesome.  It would have been an incredibly funny home video as I walked about the room while he was sleeping, checking all the outlets for little bits of play doh or bobby pins or small rodents.  I unplugged everything.  I checked the air conditioners outside his room.  I looked under all 752 stuffed animals around his bed in case a plug went unnoticed.  I smelled the floors, the walls, the toy boxes, the lights and clocks and little pretend fish tank where the fish swim oddly about the lit box.  Hate that toy.  I could NOT find the damn smell!  But like other special powers that I have acquired, I could not give up.  In fact, I reflected on myself pacing the house as if I were a lion at the zoo.  I couldn’t rest.  I tried to sit on the couch, but my mind wouldn’t let me give it up!  When did I get like this?  I just think it’s astounding the way we , as mothers, are wired to be able to sense any danger, actually acquire any additional senses needed to narrow down the source of a problem, and we can’t rest until we know our children are safe.  It struck me so strongly.  I realized that I actually understood, for the first time, the plight of Bat Man, Spider Man, Wonder Woman, The Incredible Hulk and even The Incredibles.  I understood why they couldn’t just sit back and take a break because a train ran over their leg.  I could comprehend why it is that they would never sleep if there were evil people about, and I made peace with the idea that one day I would sit, fat and lumpy, like Mr. Incredible, when my kids move away, and wonder where I could use my super powers.  I would become that lady in the supermarket line who asks to hold your baby and tells you about her little wonders.  It’s not because she’s a nut job.  She might be a nut job, but in that moment, she’s asking to hold your baby and chattering about times gone by because those were the days she felt most like a super hero.  That’s when she smelled or heard or sensed something that saved someone’s feelings or finger or even more.  She longed to feel like the mom whose little boy or girl, although they don’t even know they’ve been saved, walk about happily and play another day, because you used your given super powers.

And in case you’re wondering, it was the fan that was giving off weird smells in his room.  Thank you for asking. And please tell–what super powers do YOU have?