It is once again, with great pleasure, that I understand more fully–there will never be a day that members of our family will be unable to embarrass the others.  And I say this, too, because you should know the same applies to your family.  Just because I am putting myself out there doesn’t mean I am more prone to these embarrassing moments. 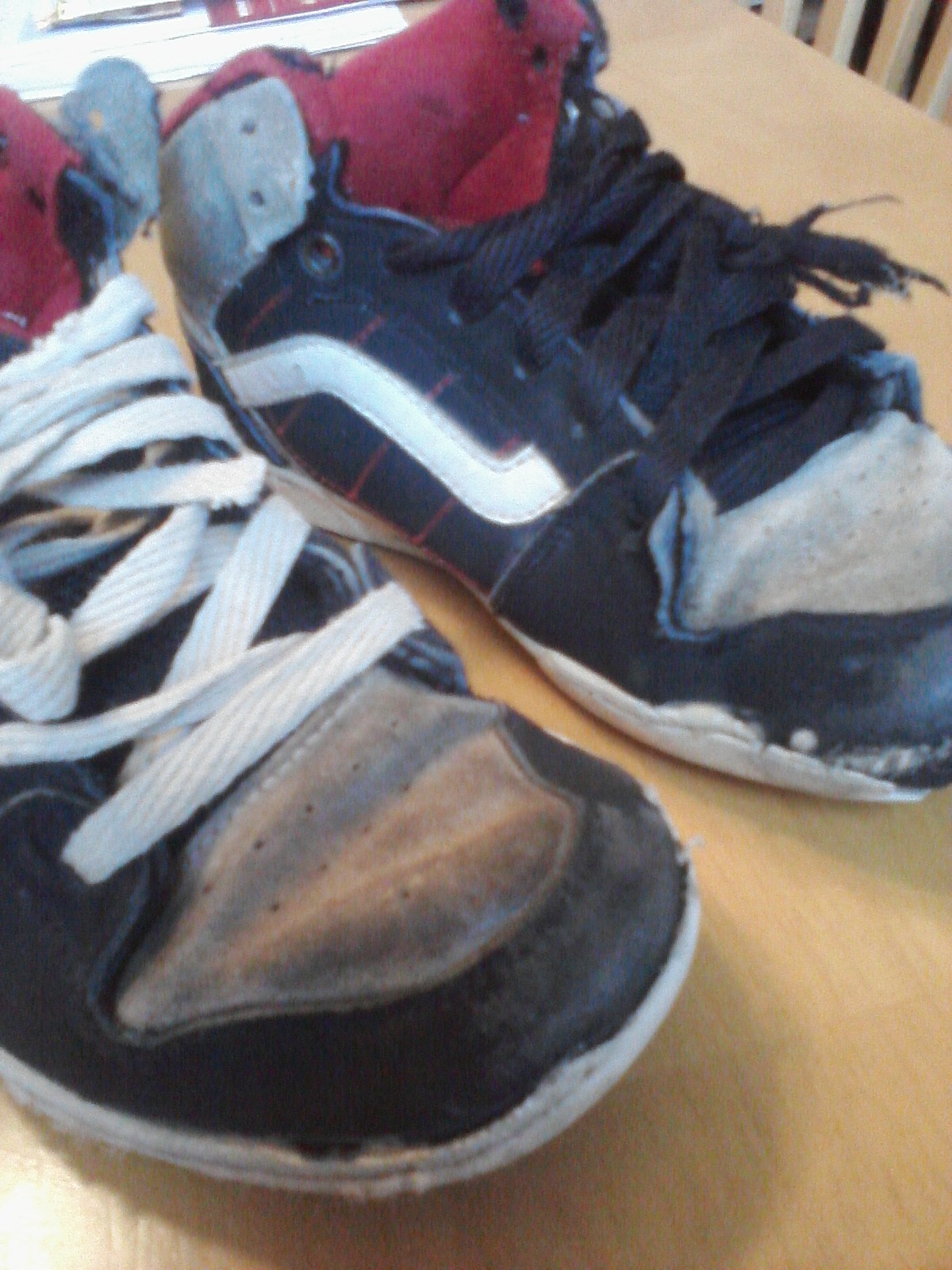 But I write one down and then another pops up and another and another.  And I keep wondering when I’ll get tired of them.  I don’t!  When will they disappear?  They don’t.  They’re fabulous–each and every time.  And when I picked up my 5 year old from school the other day, I felt the rush and sting of embarrassment again.

I had my carpool little girl and my 8 year old with me.  We marched in as we do several days a week, to pick up my 5 year old.  My son grabbed his backpack.  Well, probably I grabbed it because I had asked him 13 times already.  And instead of trying to make him pick it up, I probably decided to get it myself.  But that’s not the point.  The point is that during pick-up when all the mommies and school staff is out and about and in the lobby…  my children and I pass through the crowd.  My youngest looks at me and says loudly, “Mom, look, I have a hole in my shoe!”  I glance down to see a newly sprung hole in his shoe.  And without being shocked, I noticed the hole in his knee too.  That wasn’t there this morning.  But when you have busy little boys, this isn’t an unusual occurrence.

But then my 5 year old continues, “Look, Mom, Brother has a hole in his shoes too!”  He was elated!  “We BOTH have holes in our shoes!  Look, Mom!”  And quietly in my own head, I added, “AND a hole in your pants!  Let’s go home to our trailer, grab a beer and scratch our armpits together, while we wait for your father/cousin/stepfather/grandpa to come home from work.”  Okay, so that was a bit harsh.  And in case the subtle sarcasm was lost.  That was my attempt to call us white freaking trash at this moment in time.  We have a very nice life, and this is how I send my children to school?  BOTH of my children have holes in their shoes?!  I looked myself up and down.  How nicely was I dressed today?!  Was I the mom who only took care of herself, or was I the mom with gum on her ass and her zipper down without knowing?

I was embarrassed.  But instead of acting like I had been wounded or hiding it…  I looked and acknowledged my son with a quiet response.  “Yes, dear.  I see that.  Looks like it’s time to get new shoes!”  This was my punishment for not paying attention, I guess.  This is what I deserved for whatever sin I thought I had committed.  And I couldn’t blow it off.  I felt terrible.  My dad grew up very poor, and he always told us he was so embarrassed when his clothes and shoes were old.  I played the scene out in my head.  But then I had a realization.  My son(s) were not embarrassed at all.  They weren’t actually even worried.  They were stating the obvious.  I guess I should even have been thankful that they were surprised to find that they were covered in holes and such.  I had not hurt my father.  I had gone too long without new shoes for my boys.  End guilt.

We got in the car, sped off directly to the shoe store, and for the first time ever in my mommy life, I uttered the words, “Boys, go pick out shoes—anything you want!”  And off they ran to find the shoes of their dreams.  Usually, the chaos of uttering a phrase like that would have worried me.  But today, the phrase was laced with the hope that any shoe they picked in this store would indeed, be hole-less!  And this probably wouldn’t be the last time I egregiously forgot something like this—for BOTH of them at the same time.  And it would certainly not the last time they and I had a realization like this, loudly, in public, tight knit public.  Unfortunately, this would not be the last time.  Here’s to Budweiser, cigarette ashes in your morning coffee, hairy bellies hanging out of wife beaters and general parenting mayhem.

You Said What to Grandma?