One Of Those Days 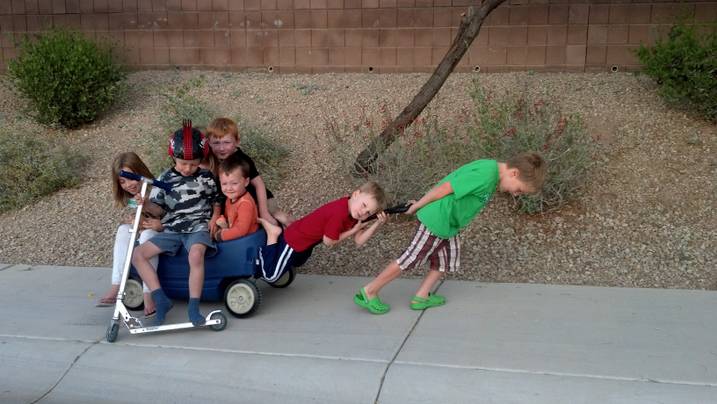 It’s that simple.  It was one of those days.  I had finally planned my acupuncture appointment that I set out to do once a month and end up going once a year.  I love getting those little needles stuck in every stress knot in my body, and I feel like Gumby for a month afterwards.  It’s a sick little piece of heaven for me.  And this week, for the third week in a row, my children have traded off sicknesses.  I’m over it, way over it.  I’ve cancelled about four engagements/appointments this week because I needed to be home with my sick child, thing 1 and/or thing 2.  They have traded off like little jokers, taking every ounce of my independence from me.  They taunt me unknowingly with appointments that might be cancelled.  And then they are–cancelled.

So Thursday morning, the morning I was supposed to have my acupuncture appointment, my son woke up from a long night of ear pain.  A week ago his ear drum burst from the same type of earache, within hours.  So I ran him to the doc the first chance I got Thursday morning.  And when we waited fifteen minutes in the lobby for “sick” kids, we were called into the room.  Mind you, I had to tell my boys 35 times not to touch anything because they might get sick.  I know they were sick, but I mean more sick, or sick with something else, or sick so I have to cancel everything next week too.  I just want to have some time back to myself.  I have loved our sick time, but I’m done.  Don’t touch a damn thing.  Sit and watch the movie in the waiting room like good kids and that’s it—as the infant near us coughs all over my already sick son.  But at least it wasn’t from the toys I told him not to touch.

And then the nurse tells us it will be 45 minutes before the doc gets in.  Really?  So what if I showed up 45 minutes late for my $300 appointment where you guys weigh my kid, take his temp and run a bunch of tests, after which you tell me it’s a virus.  What if I did that?  Mother Fucker.

But instead I said, “Can you at least put on a movie for us?”  I felt beaten.  And we sat in the “well” kids section since we were there for an earache.  Punch line…  in the 45 minutes in the “well” waiting room, my son contracted strep throat.  Two things:  He already had strep throat, in case you weren’t clear on that.  And two, we gave it to all the “well” kids.  We were those ugly people in the universe.  And his ear was fine.  I was still unclear why I had to be woken up from sleep several times the night before for an earache, though, because he had strep throat.  Son of a bitch.  (Oops, that might have been directed back at me.)

I asked the doc about headaches my son’s been having.  She said to check his eyesight.  It’s the most common cause of pediatric headaches.  He sees 20/20.  In fact, he could miss two on each test, and he missed one.  I’m done.  I give up.  Get me the hell out of here.

So we head to the pharmacy because the good news is that antibiotics will kill strep within 24 hours.  I don’t like antibiotics, but I think it’s time to get everyone back into their routine, back in school and back to normal life, whatever that means.  So at Wal-Mart, we dart past the pharmacy because I had to pick up a couple things before I forgot.  I actually said, “Let’s run and get 2 things before we get your meds.”  My 8 year old had started this whine that permeates the air around him.  It’s like one of those crazy air waves you can actually SEE in movies.  And in fairness, he was fevered at this point.  He didn’t have a fever before the doc’s this morning.  We must have picked that up with the strep when we traded in for an ear infection.

And we run back to the pharmacy with my 2 stupid things I wanted, as they are closing the large metal gate over the pharmacy for lunch break.

And…  I stopped in Wal-Mart and threw my hands in the air and yelled, “Are you kidding me?!”  I yelled it like an ugly American.  I hate people who do that, act like children in the store because something doesn’t go their way.  But I did it, and I didn’t apologize.  This day was only getting worse.  Now I had the choice of going home and waiting three more hours till my husband could pick it up or shop for half an hour.  And I chose to shop and wait.  I actually CHOSE to stay at Wal-Mart and shop.  And it sucked.  It included constant whining by my fevered 8 year old.  My 5 year old didn’t take a breath for even three seconds, asking for something from this shelf or that shelf.  And my entire body was clenched.  It was clenched so I thought I might never relax again.  And we shopped for a couple other items while we waited for the pharmacy to open back up, and I dreamt of foregone needles in my back.

By the time we got back to the pharmacy, my 8 year old looked like he had contracted some rare form of Phenophelia.  What’s that?  Well, it’s unknown and completely unreal.  And that’s what he looked like.  His moaning has become unbearable even to me.  My 5 year old, (did I mention I thought it would be great to keep him home from school to be with us that day?) had decided that he had to use every word he’d ever learned as loudly and quickly as possible.  He didn’t take a breath.  He just talked and talked and talked and talked.  And I kept saying, “No, not today.”  Pause, “No, not today.”  Pause, “No, I said no.”  “No, I’m not buying you that.  You don’t even know what it is.”  And I would have explained, but he kept talking.  Whining and talking, whining and talking.

And as if it had to be over by now, it wasn’t.  The pharmacist forgot to come over and help me.  She had to be reminded like three times.  My 5 year old asked 652 times for a pamphlet nearby to which I replied, “No, no, no, no, no…  ad infinitum.”  And my 8 year old started saying, “Mom, please let’s go home.”  As if I wanted to be here.  As if this was the way I wanted to spend my day…  Yep, this and rubbing onions in my eyes.  Those were the two things I had wanted to do today.  Unfortunately, I only got to do one, THIS.

And to top it off, they put the red dye in the antibiotic.  Now, it’s not that it was the most important thing, but they usually ask me if I want it without flavoring/dye.  And with ADD, I make sure my son doesn’t do red dye.  And I was too beaten to care, but I said, like a dumbass, “Is that red dye in there?”

And she replied, “No, it’s cherry flavoring.”

And I looked at her to see how stupid she really thought I was.  She clearly thought I was stupider than even I thought I looked.  She had actually flipped through responses in her head and chosen that one.  I work with people, and I know you don’t say something like that unless you really think someone’s stupid.  And I gave her my best stupid look and said, “OK.”  I picked up my dignity from the floor and stuffed it into my purse.  It didn’t match my look today.  Today, I was the dumbass mom who the pharmacist actually told that the red antibiotics was made with cherry flavoring, not red dye.  I was to believe they had just revved up some cherries in a blender, and that’s where the color came from.  And that’s that.  She can kiss my ass.  No one’s that stupid.

But for all I care, my son will be having red dye this week, twice a day, for 10 days, or maybe she made that up too.

Did the day end ok?  Who cares.  It didn’t get worse, I’ll say that.  And mostly, I just remembered how much harder life was when the kids were both little and home each day, all day long.  I remembered how often I was stressed out, and I realized life had gotten easier.  I hadn’t realized how much easier life had become.  And I also realized that no matter how stressed I was, I hadn’t lost it with my kids.  I had even enjoyed being with them all day, and mostly because we don’t do it every day anymore.  I think maybe one day we’ll laugh about it.  Or maybe one day I’ll cry in remembrance.  Or maybe it just won’t matter tomorrow when we wake up, because everything that happened had a simple solution.  And I was in charge, and I hadn’t blown it.  I hadn’t acted like a crazy mom, except when I threw my hands up in a momentary fit, but it was directed at the universe dealing me bad cards, not my kids.  OK, so that doesn’t count.  And all things in, we’d had a great day.  And I’d do it again, but not in this lifetime.

Happy Parenting…  it’s definitely not for sissies, not for the weak of heart and not for the insecure.  I don’t know who that leaves…