So it’s a beautiful Sunday.  And 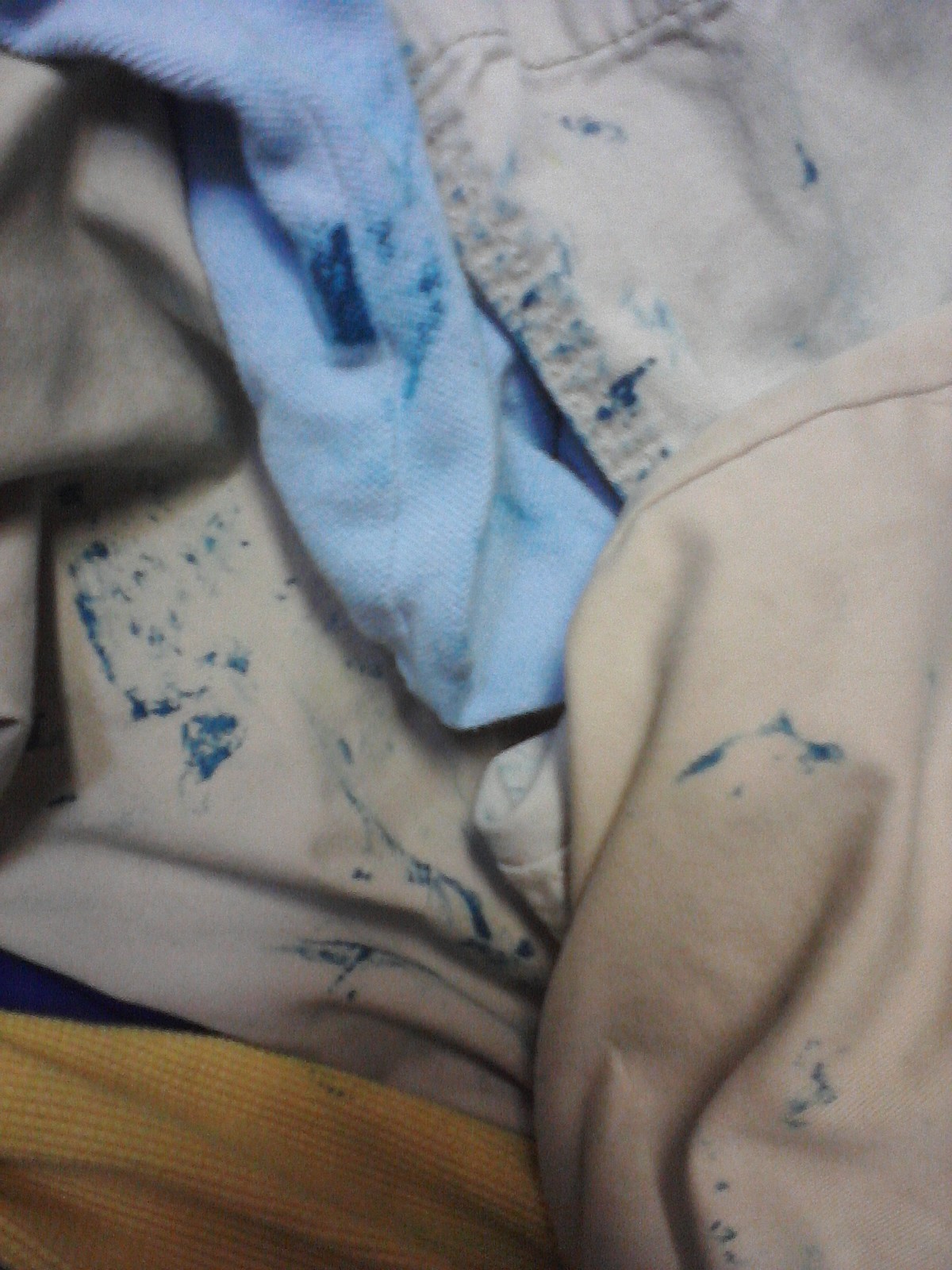 Sundays at our house turn into cleaning and organizing days if we didn’t get it to it during the week.  So almost always, we end up cleaning on Sundays.  I don’t shower, so I look like a homeless person working for a drink.  And the family all helps.  It’s kinda cute.  Of course, my husband would roll his eyes at that.  I find things like team cleaning very sweet.  I can even tear up sometimes because I feel like it’s something we do that would qualify as functional.  You gotta LOVE that shit!  Take it where you can!

And I decided to throw in the kids’ laundry for the week, all those boring-assed khakis and polo shirts that will one day make them think they are so boring and have no style.  But we’ll handle that later.  For now, it’s easy to make the uniforms work most days.  So in goes the whole load!  2 hours, and my kids will be set for a week!  And…

I hear the buzzer and head back from cleaning or piano lessons to fold the proud load of laundry.  Don’t laugh.  You know how satisfying it is when you think you’ve conquered something that will not be on your running list of chores.  (And by that I mean, the list of chores that you will be running around doing for the next ten years.)

I open the dryer door to find clean smells, dry touch and a splatter of blue crayon.  And by a splatter, I mean, like a freaking art show for the color blue, an art show where someone picked up a very large paint brush and spun around a room of my kids’ uniforms.  And of course it isn’t that washable crayon.  That’s probably toxic, right?  Give me toxic today!!!  I didn’t wash some but ALL of the uniforms.  And deep breath because I feel I am getting repetitive.  Did I mention ALL-of-their-uniforms?

Well, of course, that’s not the end of the story.  That would be too easy.  And you are probably still looking for a reason to sit another 30 seconds, even though your kids are hitting each other with waffle irons.  Keep sitting, my friend.  Because although there were questions asked, no one knew where the blue crayon came from.  And truly, it didn’t matter at this point.  I walked away, so I could let the frustration drip from my head, down my body, and onto the floor as I walked about…  let’s see…  like melting crayon wax, for instance.

I went to my son’s room to count any possible uniform pieces that might be under the bed, in the closet, under the train set, behind the dresser, anything.  And we did find some shirts, but no pants.  I resigned myself to buying new clothes today.  Whatever.  I always measure frustration against health and happiness, and it weighed less important.  So the wax dripped off.  I turned to my six year old and asked him to take the dirty uniform shirts we found behind and under and such—to the laundry room.

He says I told him to put them in the washer.  I can’t be sure.  It doesn’t weigh in either as important.  But as any Three Stooges show would have it, my husband had thrown in a load of whites, with something we refer to as bleach.  And my 6 year old threw his last pieces of disencrayoned uniforms into the water with the whites and bleach, while the wash was going.

And thus was the death of all uniforms in my home this weekend.  It took time, careful inattention to detail, four team players working on their own to make sure any discrepancies in our efforts were exploited and maximized.  The frustration, it came back.  I tried to hold back the wave of words, but they came.  I said something stupid like, “Did I tell you to put them IN the washer?”

And THEN I said something else stupid like, “I don’t think I said IN the washer.” (in a high pitched tone.)

I felt it was important to stop talking before I sounded like a jackass, if that boat hadn’t already sailed.  I couldn’t blame this on my little boy…  even though we did find the blue crayons in HIS pocket and then he doused his leftover clothes, our vestiges of hope into the bleach.  But that doesn’t mean it’s his fault, if I start drinking now.  White surrender flag up.

And as far as crayons, although I’m not mad, there will never, ever, forever be crayons allowed in our home again.  It’s great being as zen as me.