Today it was time to clean the house—not “clean” in the sense that we were going to put on rubber gloves and clean dark places with mildew and body refuse.  The boys needed to pick up their toys strewn about the house.  Not disgusting, but involving bending and lifting.  Before me was a house decorated with little cars and several decks of cards my 4 year old had played various games halfway and not finished.  I saw a little “city” the boys had built probably four weeks ago–with three train sets, chairs, tape and various signs pasted about.  Huge and messy, but they love it.

I like these monuments to my children’s imagination, and I think they should be revered for as long as possible.  And I assure you that this attitude has gotten me zero accolades from my dear husband on my ability to keep a tidy house.  But the truth is that I love the mess of toys in a way.  They feel like someone lives in my house, someone (plural) whose vision of the world is so different from mine, whose perspective is laced with less experience, more wonder and fewer barriers.  At least I imagine those ideas in my own head. 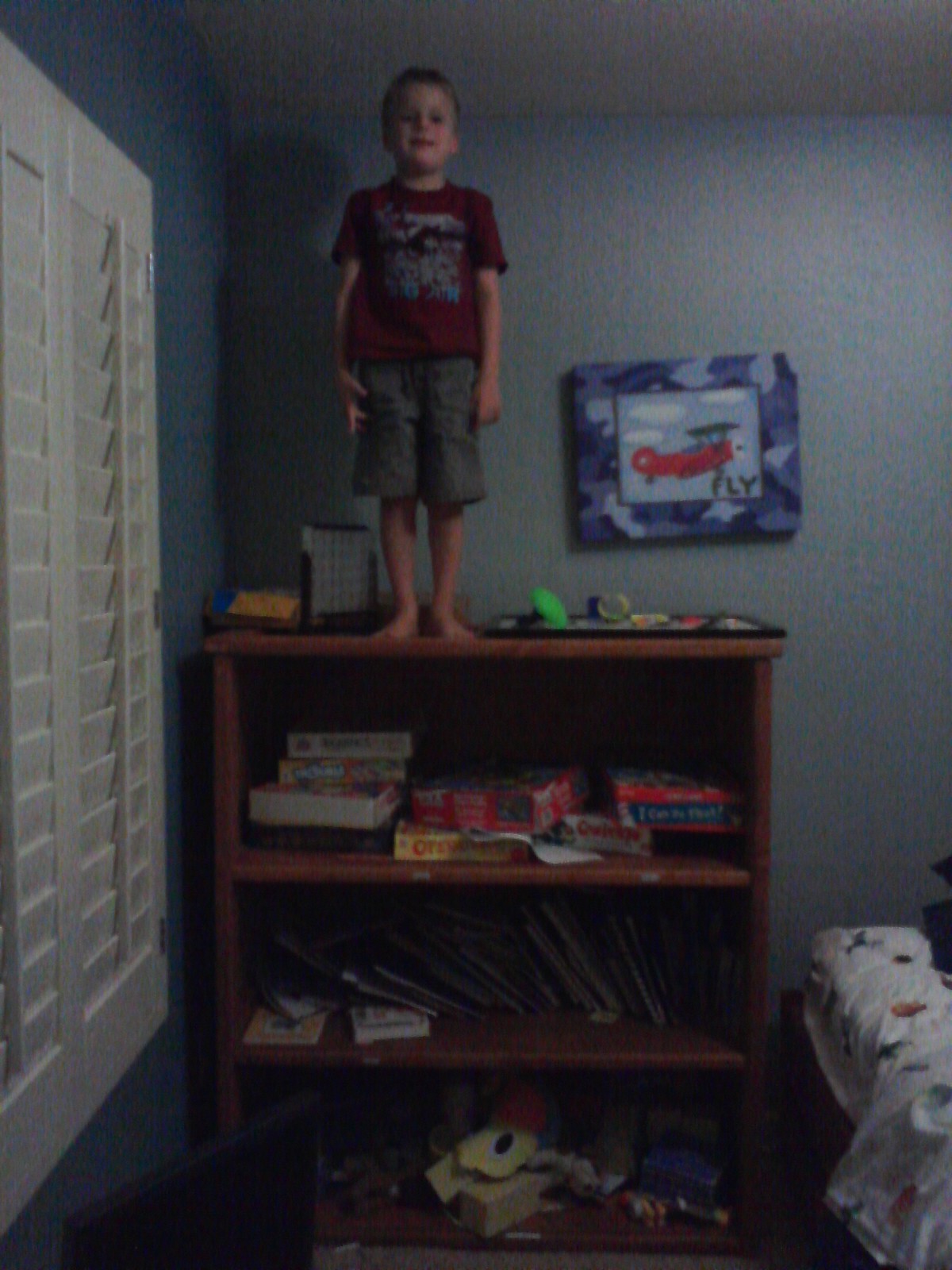 I remember a time when I was young, and my little brothers weren’t around.  I always wished that I could see their toys lying about; I could hear them yelling and see what they had done all day.  I kinda wished, whenever I was alone, that someone saw my trail of the day too.  And soooo… bogged down with these sentimental bouquets and knowing that the house had to be picked up before the weekend, I finally broke down and made my two little wonders walk about and clean the many lovely messes up.

It should have taken 20 minutes.  Some might question whether a 4 year old can clean for that long…  But I assure you that he didn’t.  And the quick clean up job that I orchestrated from my podium in the kitchen, while rousting up dishes of this and that for dinner, took FOREVER!  It felt like hours passed as I saw the wild things take one freaking toy at a time to the one bedroom OR yell that the other had simply thrown a bunch of toys in the middle of the other’s room.  It was painful and awful.  And I remembered another reason why I hate to have my boys clean up.  My life is shortened by the amount of work it takes to renew their energy to clean every 30 seconds– with cheering and, let’s be honest—yelling and threatening.  And did I mention I was being terribly domestic and making a lovely dinner complete with homemade cornbread?  And of course, each of my children was DYING to help with this process—seriously—we cook, but we don’t clean?  What theeeeeee!  I did, however, make that possible too—because they WERE offering.

Several hours later, 5 intermittent cleaning spurts, 329 threats, 151 rewards (notice the ratio of threats to rewards, I could probably improve upon that), dinner, dessert and a quick dip in the pool, the house was nearly clean.  I was beginning to feel a huge burden lifting from my to-do list…  “make a path to walk through the house this weekend”  Check….  And my 7 year old blurts out, “Man, we have to work more than the pilgrims!”  And between hiding our smiles at this hideous, misguided and incredibly fallacious  comment, my husband and I explained to our spoiled little boy what, exactly, the pilgrims had to do—dig toilets, grow food, kill food, cook, babysit their brood of brothers and sisters, make their clothes, wash their clothes at the river with rocks, cut wood for fires, build fires, start fires, stoke fires, put out fires, and I think we mentioned digging toilets again.  (It seemed to have the greatest affect.)  My son asked whether they ever played, and we told him the kids didn’t have much time to play.  Had he played today?  He looked like he was thinking about the answer before it jumped out, but it was a resounding “yes”.  He was going to have trouble proving otherwise.

And the next time we have to “clean” at my house, I think there will be much less complaining than before.  I think my children will move much more fluidly through the toys and their chores with visions of young children with funny hats cooking, cleaning and, of course, digging toilets.  God Bless the Pilgrims!

The Importance of Bedtime Rituals