Day Three of getting everyone ready for school. 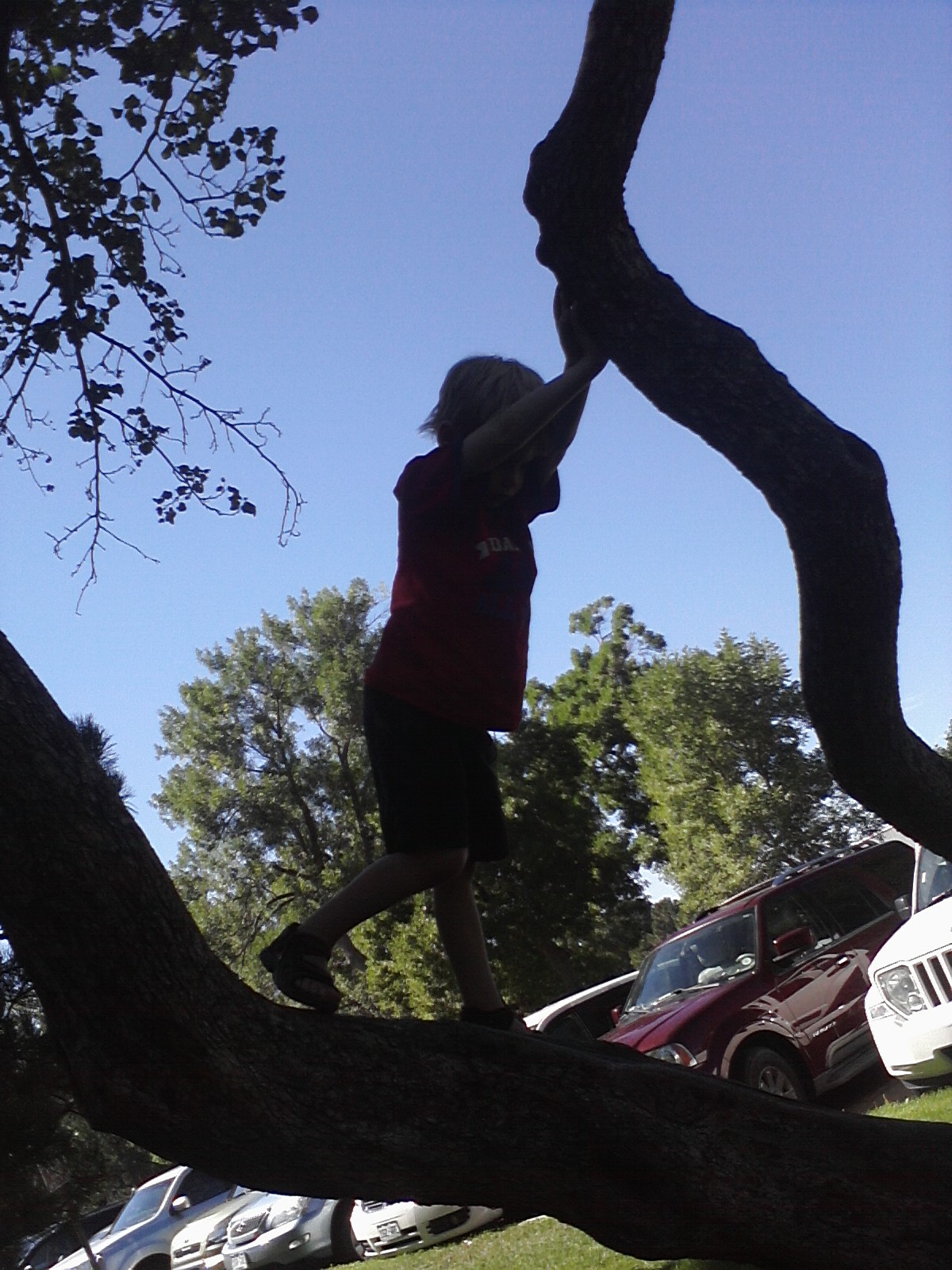 I finally get to yell a little. The last two days have been way too easy.  I think the kids sensed my ease as we woke to our third morning, and I appeared to expect us to get ready happily and peacefully as we had done the last two mornings.  And gratefully, my boys didn’t let me get roped in to an easy existence.  Thank you, kiddos.

So I had to yell a little.  I threatened a little.  I told them tomorrow I would be throwing away toys instead of yelling because, I hate yelling.  And yet, you’d think with how much I hate it, it would never happen.  But that welling up of frustration as I watch my two little men roll across the kitchen floor laughing and giggling and in their underwear, made my voice raise quickly.

It had been ten minutes since the last time I had asked them if they were ready for school and ready to blow off some steam by playing outside.  And although I appear stupid sometimes, asking these questions with the obvious answer in front of me…  I don’t care.  I ask, to see if they get it, to see if they’ll lie, to see how they perceive direction from me—besides the common lack of interest.

But finally they were ready, and to their credit, it was before 7:35 when carpool shows up.  I shushed their giggling, yelling, wrestling bodies out the front door and told them to play in the street, I mean, play outside to wait for carpool.

Imagine the passage of time, five minutes, and Mack, my 8 year old, rolls up to the open front door with a large tree branch, that in his terms, “fell while he was climbing it”.  Awesome.  He is laughing though, so I figure we are fine.  I hear carpool pull up, ask my son to put the large branch down by the front door and hand him his backpack.

I follow him out to the minivan where he begins to argue with carpool about where he will sit in the car.  I am trying to get him to sit down and quit being a pain when I hear Zoom, my 5 year old yelling, “Mom, I’m stuck!”  I glance about quickly, realizing he is not in the car.  Oops, detail.

And I see him halfway up the road, well, I hear his voice from halfway up the road.  I start running as I begin to comprehend that he is stuck in a tree up the road…  probably close to or the same tree my Mack just fell out of-on the branch he brought to me.  Oh boy.  I hope I look awesome running up the street in my jacket and pajama shorts.  How long have I had these?

My son is 7 feet up in a tree that is held together by little wires because it is too weak to grow correctly.  We don’t grow big strong trees in AZ.  The only things that grow big and strong here are cactus.  Why did they not climb a big strong cactus??  Those kids! That would have been much safer!

And Zoom is stuck because his foot is sideways between two branches.  Now I apologize I didn’t take a picture (luckily, I did have have a previous climbing picture) because I was, well, trying to hurry as my carpool is still sitting here, watching time tick by, as I run about trying to get my damn kids in the car.  Ugh.  My carpool friend actually say, apologetically to me that he didn’t see my son in the tree as he drove by.  Well, can ya look harder next time?  I wanted to tell him he was the nicest person ever.  I was pretty sure this wasn’t even kind of his fault.  But it’s easy to feel apologetic when you see me in the morning.  I look confused and befuddled and dressed like the only thing missing from my outfit is the actual bed.

So I finally get Zoom down and back in the minivan, so he can pick up the argument where it stands on where everyone will sit in the car.  I step out of the minivan backwards to see my neighbor walking his dogs.  He has stopped to say hi, I think, so I say hi.  I’m not even going to pretend I’m not in my pajamas, running up and the down the street, taking small children from trees.  I wave and say hi.  And he stops.  And he points at Zoom’s backpack, still in the driveway as I’m closing the carpool door.  I smile and gesture something that was supposed to mean, “oops, detail.”  I run over and grab the backpack, argue with the kids to sit down and buckle in, while my carpool friend is calmly making sure everyone is happy.   That’s a nice tack, not my style, but sweet.  I would have just told them all to sit down before I tied them all to the hood to get to school.  They would have laughed and sat down, and I would have driven them to school.  Maybe I’m not as nice as I think.

Oh well.  I actually feel very little stress.  I feel happy.  Why is that?

I think it’s because I feel like things are back to normal.  This is the life I love, because it’s unpredictable, and this is the day I need, where they leave to their uber-strict lives at school, and I go back inside and do a couple minutes of yoga before I delve into my day of work and grocery stores and organizing and writing, of course. Yep, I think happy suits me, as do my little pajama shorts.  I am pretty good at this mommy thing, not graceful, not looking good before 8AM, but I sure am happy.