So it’s the first 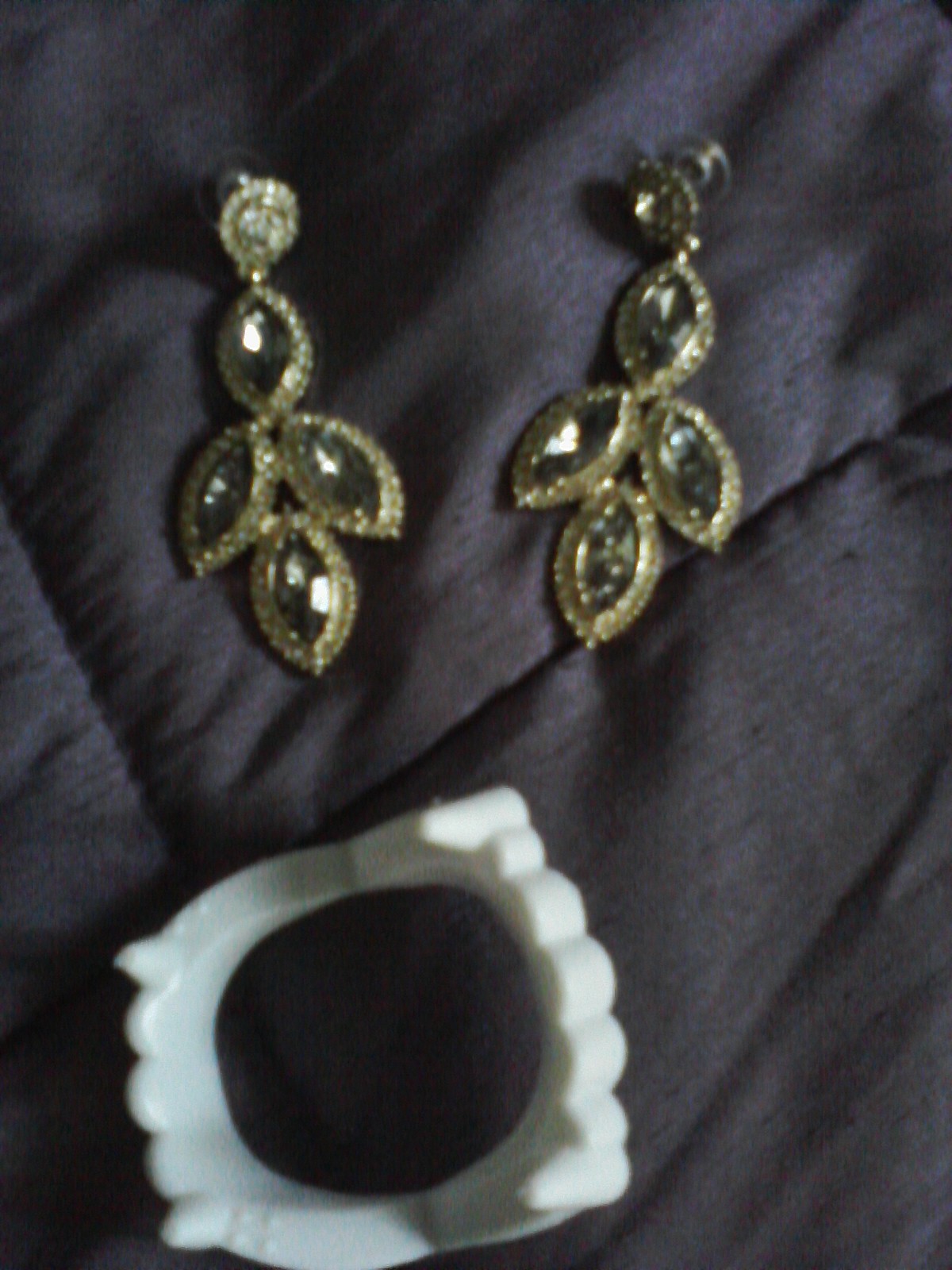 day of school, after Christmas break.  Mothers around the country are sighing relief.  Finally, the kids are back in school.  Finally, they can pick up the house, have coffee by themselves on the back porch, or like me…  they can make some money again.  We need that shit around here after the holidays!  So I sift through my list of 4,298 things to do this morning.  And yes, I do imagine that I will do them all as I buzz around, going faster than the speed of light…  and still not crossing anything off.  How does that happen?  How can I buzz for hours

and still not get anything DONE!!!  I just want something done, damnit!!!!  But then, as I’m picking up my bathroom counter of its bits of clutter from my morning’s beauty proceedings…  I notice the gift my son gave me 2 months ago now.

They’re really quite pretty.  They’re not something I would have picked for myself, but I think that’s the beauty of having interesting people in your life.  They buy you things you wouldn’t buy for yourself.

My son was so excited after he bought me this gift.  He didn’t tell me exactly what he bought me, but he gave me a very covert hint.  “Mom, I won’t tell you what it is, but it goes through your ears.”  He veritably winced with delight while I pondered the savvy clouded clue he had shrouded my gift in.  I had no idea what it was, of course.  But I definitely had a list of ideas…  Perhaps it was a matching set of small spears to put through my ears, perhaps an onslaught of whining, wrapped in a small package, looking much like my 6 year old?  That would go through my ears.  Or would it be too much to imagine they bought me earplugs?  Not the cheap grocery store kind, but maybe some very fancy, custom fitted earplugs that would block out any discord or loud noises while I sleep at night?!

Well, it’s without surprise that I tell you they were earrings, the biggest, sparkliest, heaviest earrings ever.  And the glee and sheer joy my son exuded while I opened the gift made my insides sing.  It was like falling in love for the first time.  I can’t remember someone so excited for me to open something, something that might make me the happiest person alive, judging from the look on his face.

I opened the gift and my face beamed.  It was a mixture of joy that my son was bursting with excitement, partly that the earrings were truly beautiful and partly because my husband told me some back story.  He said he had tried to talk my son into something smaller, since the earrings came up to my kneecaps when I leaned them against my leg from the floor.  But my son had told my husband without wavering, “Dad, they are the most beautiful earrings in the world, and mom should have them.”

I told my son they were the most beautiful things I had ever seen in my life.  I truly meant it.  They were, the earrings, my son, my husband’s mischievous smile.  It was all soooooo beautiful and sparkly!  I relished in it for a moment.

But my son’s voice broke the silence.  “Mom, put them on!  They will be so beautiful, just like you.”  Now that’s an offer I can’t refuse.  But alas…  I do not have pierced ears.

It wasn’t that I minded getting my ears pierced so I could wear the largest, sparkliest earrings in the world, but the lady told me that I would have to clean my ears three times a day, for 6-8 weeks.  And then I would have to wait 6 MONTHS before I could wear anything dangly or heavy.  How about sparkly?  Did I have to wait for that too?  Son of a biscuit!  But I did it, mostly because all I could see was my son’s tiny, thrilled expression.  And after the ear-piercer shot my ears with a cheap-assed little gun, I cleaned my ears (less than 3 times a day) for the last 6 weeks.  They have bothered me for six weeks…  itching, bleeding, waking me up at night to turn over.  They have sucked.  And of course it seems like too much trouble to actually follow the directions and just clean the little bastards three times a day.  But so it is, so it will be.

And it wasn’t really an option to look into my son’s big, sincere, brown eyes and just say, “Baby, mommy doesn’t want to pierce her ears.  Mommy has had a lot of things pierced in her lifetime, and she just doesn’t want to do this.”  Nope, that wouldn’t do.  So I just enjoyed the irritation of it.  And without meaning to, I did it over Christmas  break.

But today, my children head off to school…  and I have a few moments to feel something that is mine, and I realize my ears don’t hurt!  They don’t hurt!!!!  I don’t have to clean them anymore, and I only have 4 and a half more months until I can wear the most beautiful earrings in the world!  I can’t wait!  I truly can’t wait!

And wait!!!  I DID get something DONE today!  It’s been a process, but I have something done.  And without further adieu, it is time for a martini break, I believe, since I’ve worked so hard and gotten something….  DONE.